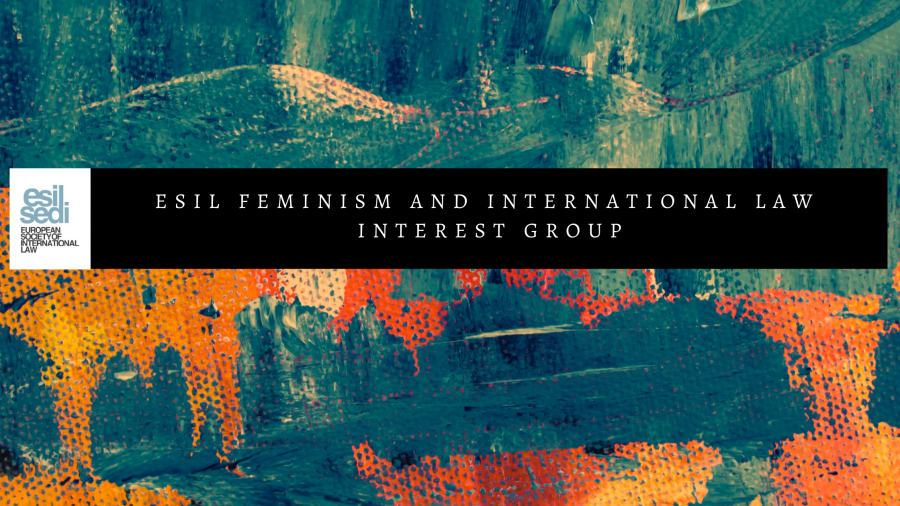 Maria joined UNB Law in 2019. She received her LLB at the University of Athens in 2005 and her LLM at NYU Law in 2006; she was admitted to the Athens Bar in 2007. She did her PhD at Osgoode Hall Law School, during which time she was also a teaching assistant at Osgoode Hall and a visiting scholar at Harvard Law School. She obtained her PhD in 2015 and moved to Waterloo, Ontario, where she started on a post-doctoral fellowship with the Centre for International Governance Innovation (CIGI), later being promoted to a research fellow and subsequently director of the Summer Law Institute at Balsillie School of International Affairs.

Maria’s research focuses on the interaction between national strategies on climate change and World Trade Organization (WTO) law. Her teaching interests include International Trade Law, Public International Law, and Globalization and the Law; she also taught Ethical Lawyering in a Global Community. Maria has advised governments in Canada, emphasizing sustainable economic development clauses in trade agreements, labour standards, the economic empowerment of women, and has recently been researching and writing on economic opportunities for Indigenous peoples as they appear in Canada’s free trade agreements.

Nora is Head of the International Law Department at the German University in Cairo (GUC), Faculty of Law. Prior to that appointment, she served as the International Relations Advisor to the Minister of Tourism of the Arab Republic of Egypt. Dr. Salem has extensive academic experienced, she worked as Assistant Professor at the American University in Cairo (AUC) and GUC, where she held lectures on Introduction to Egyptian and Sharia Law, Public International Law in the Middle East, Collective Security Measures within the UN system, as well as Egypt and the Women’s Rights Convention. Nora launched an interdisciplinary lecture series on various issues of women’s rights in order to provide a platform for discussion on gender equality at AUC.

Nora graduated from the Faculty of Law, University of Cologne, Germany, completed her two-year legal residency at the High Regional Court of Dusseldorf and obtained the German bar examination in 2012. She holds a PhD. in Law from Friedrich-Schiller University in Jena, Germany, for which she received a doctoral stipend by Friedrich-Ebert-Foundation, and conducted her research as Visiting Scholar at Fordham Law School in New York, USA. During her stay in New York, she served in various capacities for the United Nations Secretariat, including the Secretariat of the Administrative and Budgetary Committee (2015) as well as the OPCW-UN Joint Investigative Mechanism on Chemical Weapons in Syria (2016).

Dr Carolina Jiménez Sánchez is lecturer of Public International Law, EU Law and International Relations at the University of Malaga.

Carolina lectures on International Law and International Relations at the University of Malaga. She is part of the research projects “Collective at the margins: its exclusion from the Law in times of crisis” and “International and European Law responses to the human security new risks and threats”. She is also member of the Saharawi Political Prisoners Committee. Carolina was a researcher in EU External Relations Law at the T.M.C. Asser Instituut, where she was a Fellow of the CLEER. In her research and publications, her focus lies on the external action of the European Union, Occupied Territories as well as on the interaction of International Law and European Law.

In 2013, Carolina obtained her International PhD with a thesis on gender and armed conflict. In 2015 she won the International Research Award “Victoria Kent” and in 2019 the prize to the “best under 35 teaching“ of the School of Law. She has made several international research stays at centres of excellence, among which the University of Cambridge, the Transitional Justice Institute, University of Ulster (Northern Ireland), the European University Institute in Florence (Italy) or the Centre for Gender and Women´s Studies in Lancaster University. She has published several articles and chapters in the field of gender, human rights, occupied territories, Western Sahara, refugees and External Relations of the EU in Spanish, English and French. She also published two books about women and war: “Las mujeres en los conflictos armados: conflicto, proceso de paz y posconflicto” and “La dimension de género en los Tribunales Penales Internacionales” and one book about Western Sahara conflict “El conflict del Sáhara Occidental: el papel del Frente POLISARIO”.

Yassin is Lecturer in Human Rights Law and Co-Director of the Faculty-wide QUB Gender Network (@Gender_Network) She is also a Fellow of Senator George J Mitchell Institute for Global Peace, Security, and Justice. She teaches and researches in the areas of Public International Law; International Human Rights Law, and Gender and Society at both undergraduate and graduate-level

Her research has been widely used to impact and inform policy and practice in the areas of human rights, transitional justice and international criminal law. Her co-authored paper ‘Witness Preparation in the ICC: An Opportunity for Principled Pragmatism’ was shortlisted for the SLSA Article Prize (2016) and been cited by the Office of the Prosecutor at the International Criminal Court in the case of The Prosecutor v. Laurent Gbagbo and Charles Blé Goudé. Yassin’s Policy Brief for the Institute of Justice and Reconciliation (South Africa) examining “Investigations and Prosecutions of Sexual and Gender-Based Violence by the International Criminal Court” has been widely used to inform the practice of a range of international organizations and NGOs responding to SGBV in conflict and post-conflict countries.  She is a co-author of the feminist re-written judgment of the Prosecutor vs Thomas Lubanga Dyilo at the International Criminal Court (Hart/Bloomsbury 2019).